Zynga Inc. (NASDAQ:ZNGA) Given Consensus Recommendation of “Hold” by Analysts

Shares of Zynga Inc. (NASDAQ:ZNGA – Get Rating) have been assigned an average rating of “Hold” from the twenty brokerages that are covering the stock, Marketbeat.com reports. Twelve investment analysts have rated the stock with a hold rating and eight have assigned a buy rating to the company. The average 1-year target price among brokerages that have covered the stock in the last year is $10.76.

Zynga (NASDAQ:ZNGA – Get Rating) last posted its quarterly earnings results on Wednesday, February 9th. The company reported ($0.03) earnings per share for the quarter, missing the Thomson Reuters’ consensus estimate of $0.04 by ($0.07). The company had revenue of $695.40 million for the quarter, compared to the consensus estimate of $719.60 million. Zynga had a negative net margin of 3.72% and a positive return on equity of 2.74%. On average, equities research analysts forecast that Zynga will post 0.22 EPS for the current fiscal year.

About Zynga (Get Rating) 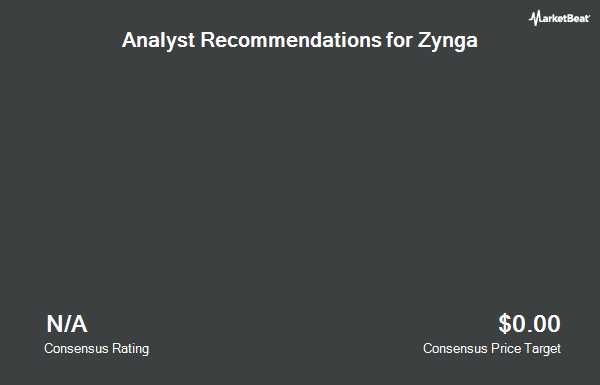