Veru (NASDAQ:VERU – Get Rating) released its quarterly earnings data on Thursday. The company reported ($0.18) earnings per share for the quarter, missing the consensus estimate of ($0.16) by ($0.02), MarketWatch Earnings reports. Veru had a negative net margin of 26.68% and a negative return on equity of 10.62%. During the same quarter in the prior year, the business posted ($0.04) earnings per share.

Veru Inc, an oncology biopharmaceutical company, focuses on developing medicines for the management of cancers. Its commercial products comprise FC2 female condom/internal condom for the dual protection against unintended pregnancy and the transmission of sexually transmitted infections for ministries of health, government health agencies, U.N. 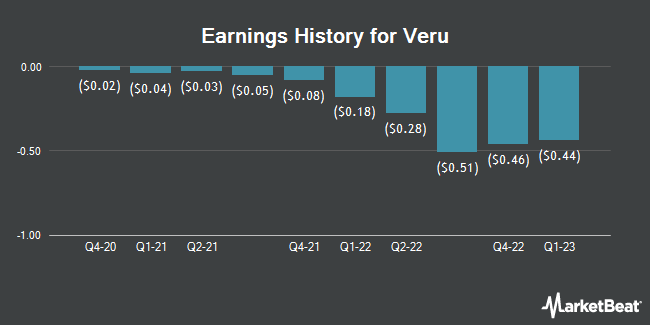 Receive News & Ratings for Veru Daily - Enter your email address below to receive a concise daily summary of the latest news and analysts' ratings for Veru and related companies with MarketBeat.com's FREE daily email newsletter.

TransCode Therapeutics, Inc. Short Interest Down 46.6% in May

Recruiter.com Group, Inc. Short Interest Down 40.7% in May

Invesco S&P SmallCap Financials ETF Short Interest Up 66.0% in May

Complete the form below to receive the latest headlines and analysts' recommendations for Veru with our free daily email newsletter: