Replimune Group, Inc. (NASDAQ:REPL – Get Rating) has received an average rating of “Buy” from the eight analysts that are currently covering the company, Marketbeat Ratings reports. One research analyst has rated the stock with a hold recommendation and six have assigned a buy recommendation to the company. The average 12-month price target among brokerages that have updated their coverage on the stock in the last year is $47.57.

Replimune Group (NASDAQ:REPL – Get Rating) last announced its quarterly earnings data on Thursday, May 19th. The company reported ($0.60) EPS for the quarter, hitting analysts’ consensus estimates of ($0.60). On average, analysts predict that Replimune Group will post -2.63 EPS for the current fiscal year.

About Replimune Group (Get Rating)

Replimune Group, Inc, a biotechnology company, develops oncolytic immuno-gene therapies to treat cancer. It uses its proprietary Immulytic platform to design and develop product candidates that are intended to activate the immune system against cancer. The company's lead product candidate is RP1, a selectively replicating version of herpes simplex virus 1, which is in Phase I/II clinical trials for a range of solid tumors; and that is in Phase II clinical trials for patients with cutaneous squamous cell carcinoma. 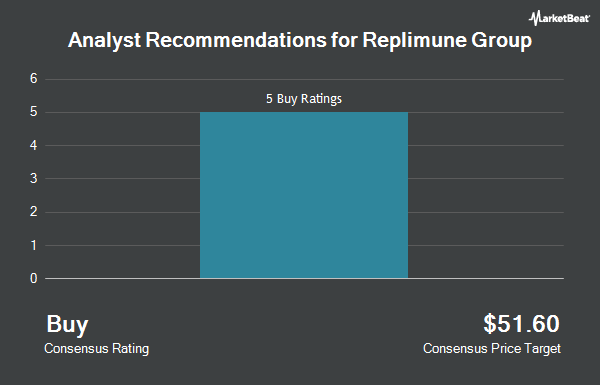 Complete the form below to receive the latest headlines and analysts' recommendations for Replimune Group with our free daily email newsletter: