The company also recently announced a quarterly dividend, which will be paid on Monday, August 15th. Shareholders of record on Monday, July 11th will be issued a dividend of $0.26 per share. The ex-dividend date is Friday, July 8th. This represents a $1.04 dividend on an annualized basis and a dividend yield of 2.15%. Hormel Foods’s dividend payout ratio (DPR) is 61.54%.

About Hormel Foods (Get Rating) 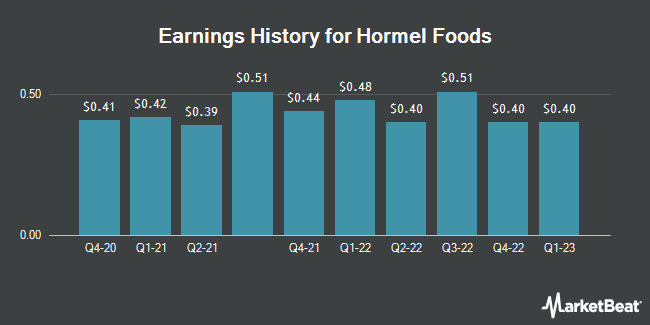