Alkami Technology, Inc. (NASDAQ:ALKT – Get Rating) insider Douglas A. Linebarger sold 6,000 shares of the firm’s stock in a transaction dated Tuesday, May 31st. The stock was sold at an average price of $13.87, for a total transaction of $83,220.00. Following the completion of the transaction, the insider now directly owns 92,675 shares in the company, valued at approximately $1,285,402.25. The sale was disclosed in a document filed with the Securities & Exchange Commission, which can be accessed through this hyperlink.

Alkami Technology (NASDAQ:ALKT – Get Rating) last announced its quarterly earnings results on Thursday, May 5th. The company reported ($0.05) EPS for the quarter, beating the consensus estimate of ($0.06) by $0.01. Alkami Technology had a negative net margin of 30.15% and a negative return on equity of 13.11%. The company had revenue of $44.79 million for the quarter, compared to analyst estimates of $43.90 million. During the same quarter last year, the business earned ($1.30) earnings per share. Alkami Technology’s revenue was up 34.7% compared to the same quarter last year. As a group, research analysts anticipate that Alkami Technology, Inc. will post -0.65 EPS for the current year.

Alkami Technology, Inc offers a cloud-based digital banking platform in the United States. The company's platform allows financial institutions to onboard and engage new users, accelerate revenues, and enhance operational efficiency, with the support of a proprietary, cloud-based, multi-tenant architecture. 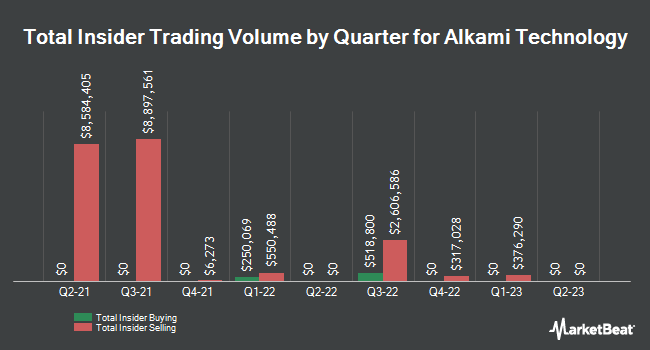 Complete the form below to receive the latest headlines and analysts' recommendations for Alkami Technology with our free daily email newsletter: