Immatics (NASDAQ:IMTX – Get Rating) issued its quarterly earnings data on Thursday. The company reported $1.35 EPS for the quarter, missing the consensus estimate of $1.77 by ($0.42), MarketWatch Earnings reports. Immatics had a negative return on equity of 154.19% and a negative net margin of 260.05%.

Immatics N.V., a clinical-stage biopharmaceutical company, focuses on the discovery and development of T cell receptor (TCR) based immunotherapies for the treatment of cancer in the United States. The company is developing targeted immunotherapies with a focus on treating solid tumors through two distinct treatment modalities, such as adoptive cell therapies (ACT) and antibody-like TCR Bispecifics. 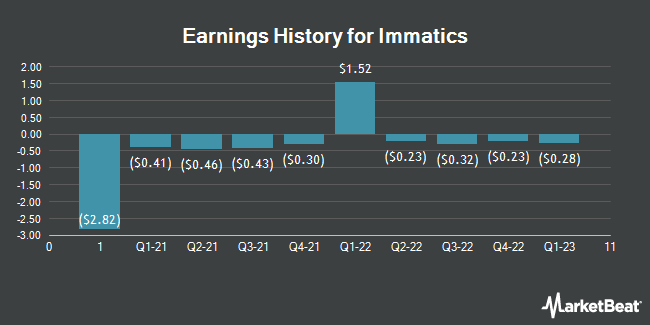 Receive News & Ratings for Immatics Daily - Enter your email address below to receive a concise daily summary of the latest news and analysts' ratings for Immatics and related companies with MarketBeat.com's FREE daily email newsletter.

Complete the form below to receive the latest headlines and analysts' recommendations for Immatics with our free daily email newsletter: