Alphabet Inc. (NASDAQ:GOOG – Get Rating) – Research analysts at Oppenheimer lowered their FY2023 earnings estimates for Alphabet in a report released on Thursday, June 2nd. Oppenheimer analyst J. Helfstein now forecasts that the information services provider will post earnings per share of $131.14 for the year, down from their previous estimate of $133.65. Oppenheimer currently has a “Outperform” rating and a $3,290.00 price target on the stock.

Alphabet shares are set to split on Monday, July 18th. The 20-1 split was announced on Tuesday, February 1st. The newly created shares will be payable to shareholders after the market closes on Friday, July 15th.

Alphabet (NASDAQ:GOOG – Get Rating) last announced its quarterly earnings results on Tuesday, April 26th. The information services provider reported $24.62 earnings per share for the quarter, missing the consensus estimate of $25.51 by ($0.89). Alphabet had a net margin of 27.57% and a return on equity of 30.18%. During the same period in the previous year, the firm earned $26.29 earnings per share. 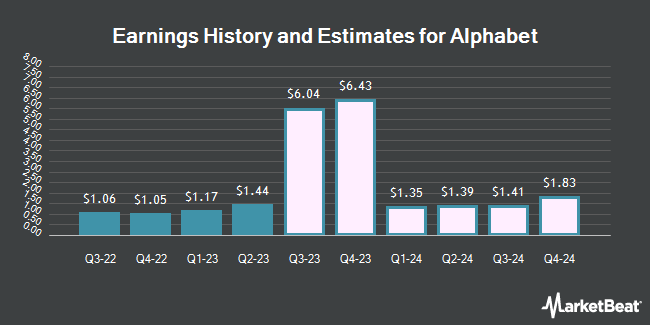