According to Zacks, analysts expect that NGM Biopharmaceuticals will report full year earnings of ($2.06) per share for the current financial year, with EPS estimates ranging from ($2.44) to ($1.73). For the next year, analysts forecast that the business will report earnings of ($2.53) per share, with EPS estimates ranging from ($3.09) to ($1.89). Zacks Investment Research’s earnings per share calculations are a mean average based on a survey of sell-side analysts that that provide coverage for NGM Biopharmaceuticals. 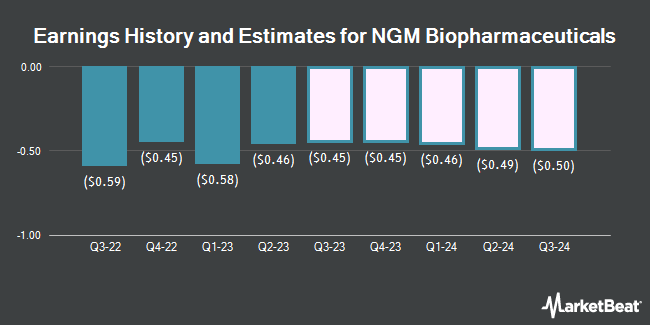 Complete the form below to receive the latest headlines and analysts' recommendations for NGM Biopharmaceuticals with our free daily email newsletter: