In other United Natural Foods news, CEO J Alexander Douglas, Jr. purchased 2,838 shares of United Natural Foods stock in a transaction dated Friday, March 11th. The shares were purchased at an average cost of $35.23 per share, for a total transaction of $99,982.74. The acquisition was disclosed in a filing with the Securities & Exchange Commission, which is accessible through the SEC website. Also, CAO Richard Eric Esper sold 1,984 shares of the stock in a transaction that occurred on Wednesday, March 23rd. The stock was sold at an average price of $42.59, for a total value of $84,498.56. The disclosure for this sale can be found here. Corporate insiders own 1.20% of the company’s stock. 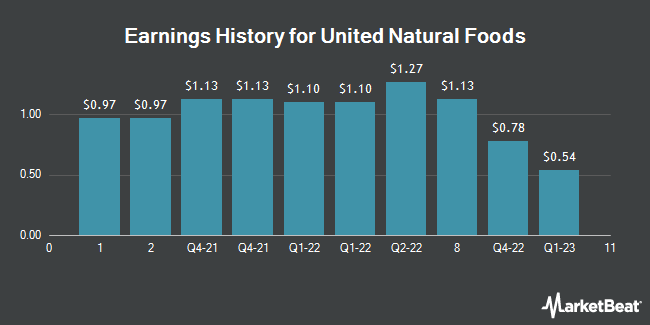