Aurinia Pharmaceuticals (NASDAQ:AUPH – Get Rating) (TSE:AUP) last issued its quarterly earnings data on Tuesday, May 10th. The biotechnology company reported ($0.27) earnings per share (EPS) for the quarter, hitting analysts’ consensus estimates of ($0.27). Aurinia Pharmaceuticals had a negative return on equity of 43.20% and a negative net margin of 253.66%. During the same quarter in the previous year, the business posted ($0.40) EPS.

Aurinia Pharmaceuticals Inc, a commercial-stage biopharmaceutical company, focuses on developing and commercializing therapies to treat various diseases with unmet medical need in the United States and internationally. The company offers LUPKYNIS for the treatment of adult patients with active lupus nephritis. 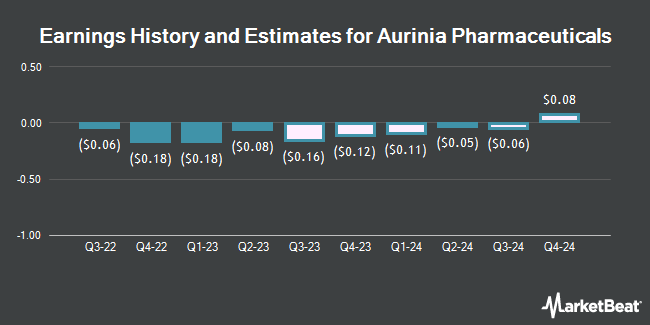 Complete the form below to receive the latest headlines and analysts' recommendations for Aurinia Pharmaceuticals with our free daily email newsletter: