Cortexyme, Inc. (NASDAQ:CRTX – Get Rating) insider Caryn Gordon Mcdowell sold 10,800 shares of the firm’s stock in a transaction dated Monday, June 6th. The stock was sold at an average price of $2.86, for a total transaction of $30,888.00. Following the completion of the sale, the insider now owns 122,500 shares of the company’s stock, valued at $350,350. The sale was disclosed in a document filed with the Securities & Exchange Commission, which is available through the SEC website.

Several research firms have recently issued reports on CRTX. HC Wainwright lowered their target price on shares of Cortexyme from $30.00 to $15.00 and set a “buy” rating for the company in a report on Wednesday, March 9th. Zacks Investment Research lowered shares of Cortexyme from a “hold” rating to a “sell” rating in a report on Wednesday, June 1st. Two investment analysts have rated the stock with a sell rating, three have given a hold rating and three have issued a buy rating to the company’s stock. Based on data from MarketBeat.com, the stock has an average rating of “Hold” and an average target price of $22.21.

Cortexyme, Inc, a clinical stage biopharmaceutical company, focuses on developing therapeutics for Alzheimer's and other degenerative diseases. Its lead drug candidate is atuzaginstat (COR388), an orally administered brain-penetrating small molecule gingipain inhibitor, which is in Phase II/III clinical trial for use in patients with mild to moderate Alzheimer's disease, as well as for the treatment of oral squamous cell carcinoma, periodontitis, and coronavirus infection. 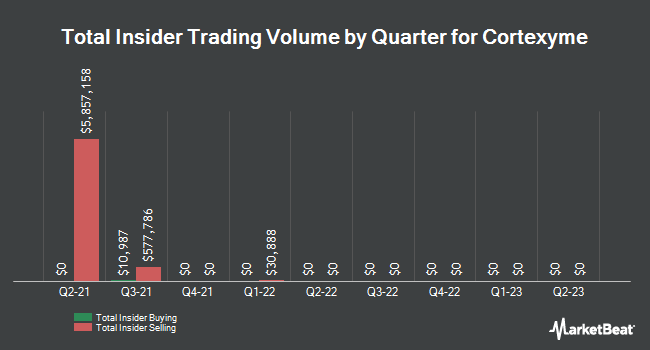 Complete the form below to receive the latest headlines and analysts' recommendations for Cortexyme with our free daily email newsletter: