Investment analysts at CIBC began coverage on shares of Clearway Energy (NYSE:CWEN – Get Rating) in a research note issued to investors on Thursday, The Fly reports. The firm set a “neutral” rating on the stock.

Clearway Energy (NYSE:CWEN – Get Rating) last announced its quarterly earnings data on Thursday, May 5th. The company reported ($0.28) EPS for the quarter, missing the consensus estimate of ($0.12) by ($0.16). The business had revenue of $214.00 million during the quarter, compared to the consensus estimate of $244.91 million. Clearway Energy had a net margin of 1.27% and a return on equity of 0.52%. On average, equities research analysts forecast that Clearway Energy will post 0.72 EPS for the current fiscal year.

Clearway Energy, Inc, through its subsidiaries, engages in the renewable energy businesses in the United States. It had approximately 5,000 net megawatts (MW) of installed wind and solar generation projects; and approximately 2,500 net MW of natural gas generation facilities, as well as a portfolio of district energy systems. 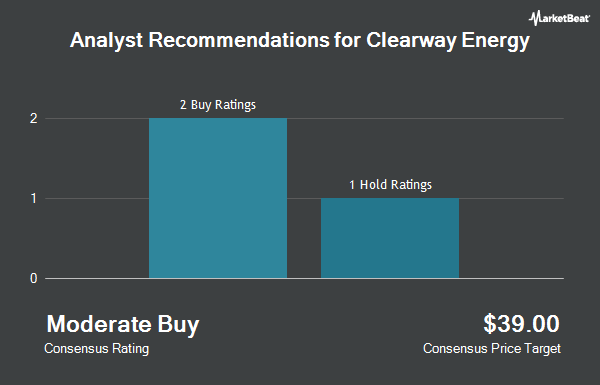 Complete the form below to receive the latest headlines and analysts' recommendations for Clearway Energy with our free daily email newsletter: