StockNews.com started coverage on shares of Zynga (NASDAQ:ZNGA – Get Rating) in a research note issued on Friday. The brokerage set a “hold” rating on the stock.

Zynga (NASDAQ:ZNGA – Get Rating) last issued its earnings results on Monday, May 9th. The company reported ($0.01) earnings per share for the quarter, missing analysts’ consensus estimates of $0.05 by ($0.06). The business had revenue of $694.90 million for the quarter, compared to the consensus estimate of $749.20 million. Zynga had a positive return on equity of 0.72% and a negative net margin of 3.76%. Analysts anticipate that Zynga will post 0.19 earnings per share for the current fiscal year. 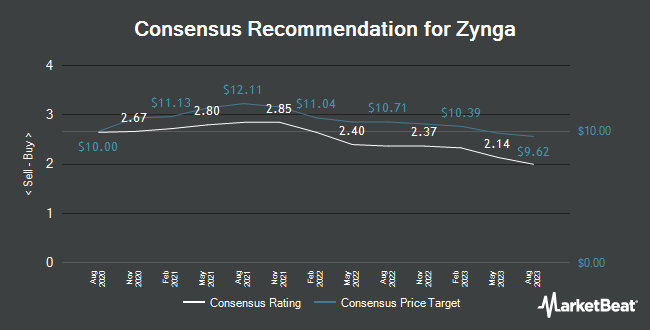