Formula One Group (NASDAQ:FWONK) Given Consensus Recommendation of “Hold” by Analysts

Formula One Group (NASDAQ:FWONK – Get Rating) has earned an average recommendation of “Hold” from the seven ratings firms that are presently covering the company, MarketBeat Ratings reports. One analyst has rated the stock with a sell rating, two have given a hold rating and three have issued a buy rating on the company. The average twelve-month target price among brokerages that have issued ratings on the stock in the last year is $62.67.

In related news, major shareholder Gamco Investors, Inc. Et Al bought 5,000 shares of the firm’s stock in a transaction on Tuesday, April 12th. The stock was purchased at an average price of $27.12 per share, with a total value of $135,600.00. Following the completion of the transaction, the insider now directly owns 40,000 shares of the company’s stock, valued at $1,084,800. The transaction was disclosed in a legal filing with the SEC, which is available at the SEC website. Insiders have acquired 12,000 shares of company stock valued at $328,850 in the last ninety days.

About Formula One Group (Get Rating) 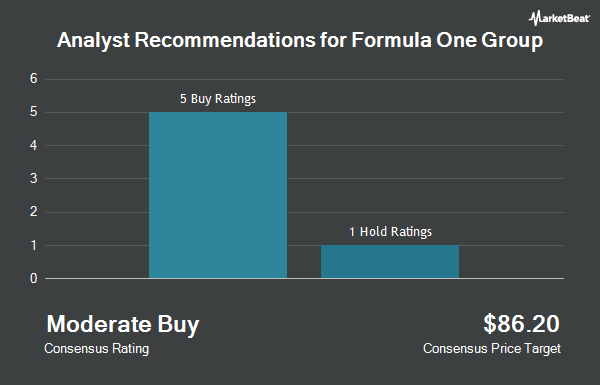 Complete the form below to receive the latest headlines and analysts' recommendations for Formula One Group with our free daily email newsletter: