Shares of Las Vegas Sands Corp. (NYSE:LVS – Get Rating) have been assigned a consensus recommendation of “Hold” from the fourteen brokerages that are covering the stock, Marketbeat Ratings reports. Two research analysts have rated the stock with a sell rating, three have assigned a hold rating, three have issued a buy rating and one has issued a strong buy rating on the company. The average 12 month target price among brokerages that have updated their coverage on the stock in the last year is $50.17.

Las Vegas Sands (NYSE:LVS – Get Rating) last released its quarterly earnings data on Wednesday, April 27th. The casino operator reported ($0.40) earnings per share (EPS) for the quarter, missing the consensus estimate of ($0.24) by ($0.16). Las Vegas Sands had a negative return on equity of 33.07% and a net margin of 46.40%. The business had revenue of $943.00 million during the quarter, compared to analyst estimates of $1.13 billion. During the same period in the previous year, the company earned ($0.25) EPS. Las Vegas Sands’s revenue was down 21.2% on a year-over-year basis. On average, research analysts expect that Las Vegas Sands will post -0.64 EPS for the current fiscal year. 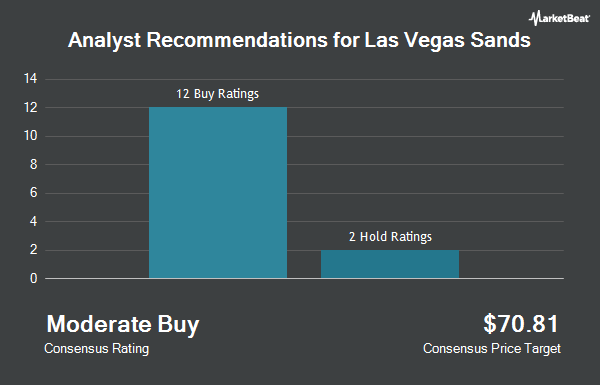