American Software, Inc. (NASDAQ:AMSWA – Get Rating) Director Lizanne Thomas bought 1,400 shares of the company’s stock in a transaction dated Friday, June 17th. The shares were acquired at an average price of $15.56 per share, for a total transaction of $21,784.00. Following the completion of the transaction, the director now directly owns 1,488 shares in the company, valued at $23,153.28. The purchase was disclosed in a legal filing with the Securities & Exchange Commission, which is available at the SEC website. 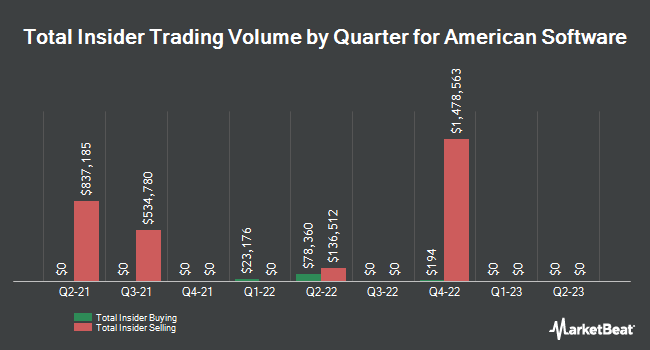 Complete the form below to receive the latest headlines and analysts' recommendations for American Software with our free daily email newsletter: