Pernod Ricard (EPA:RI – Get Rating) has been given a €169.00 ($177.89) price target by investment analysts at Royal Bank of Canada in a research note issued to investors on Tuesday, Borsen Zeitung reports. Royal Bank of Canada’s price objective would suggest a potential upside of 0.30% from the stock’s current price. 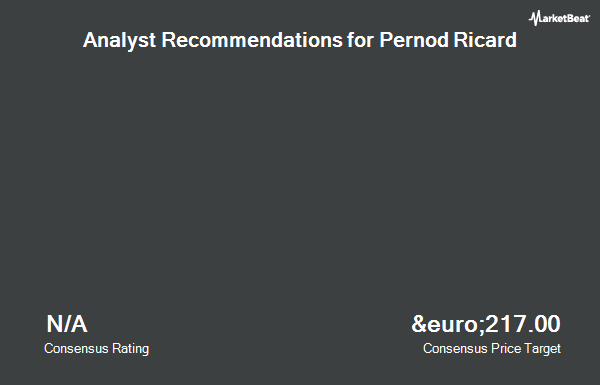