Shares of North American Construction Group Ltd. (NYSE:NOA – Get Rating) (TSE:NOA) have been assigned an average recommendation of “Moderate Buy” from the eight brokerages that are presently covering the stock, Marketbeat Ratings reports. One equities research analyst has rated the stock with a hold rating and six have given a buy rating to the company. The average 1-year price target among brokers that have covered the stock in the last year is $25.75.

The business also recently announced a quarterly dividend, which will be paid on Friday, July 8th. Shareholders of record on Friday, May 27th will be paid a $0.0623 dividend. This represents a $0.25 dividend on an annualized basis and a dividend yield of 2.31%. The ex-dividend date is Thursday, May 26th. North American Construction Group’s dividend payout ratio is presently 21.93%. 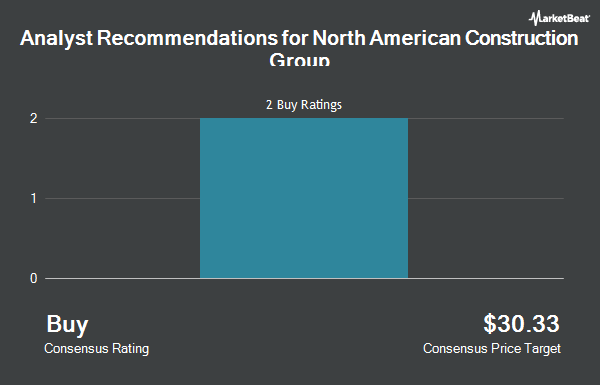 Mimecast Limited Given Consensus Recommendation of “Hold” by Brokerages

MacroGenics, Inc. Given Average Recommendation of “Moderate Buy” by Brokerages

Houlihan Lokey, Inc. Given Average Rating of “Hold” by Analysts

Complete the form below to receive the latest headlines and analysts' recommendations for North American Construction Group with our free daily email newsletter: