Boston Scientific (NYSE:BSX – Get Rating) last posted its quarterly earnings results on Wednesday, July 27th. The medical equipment provider reported $0.44 EPS for the quarter, beating analysts’ consensus estimates of $0.42 by $0.02. The business had revenue of $3.24 billion for the quarter, compared to analysts’ expectations of $3.22 billion. Boston Scientific had a return on equity of 14.51% and a net margin of 6.65%. The business’s quarterly revenue was up 5.4% on a year-over-year basis. During the same period last year, the firm earned $0.40 earnings per share.

In other Boston Scientific news, EVP Wendy Carruthers sold 7,500 shares of the company’s stock in a transaction on Friday, June 24th. The shares were sold at an average price of $38.00, for a total value of $285,000.00. Following the sale, the executive vice president now directly owns 132,413 shares of the company’s stock, valued at $5,031,694. The transaction was disclosed in a filing with the SEC, which is available through the SEC website. Insiders have sold 22,500 shares of company stock valued at $865,725 over the last ninety days. 0.71% of the stock is currently owned by insiders. 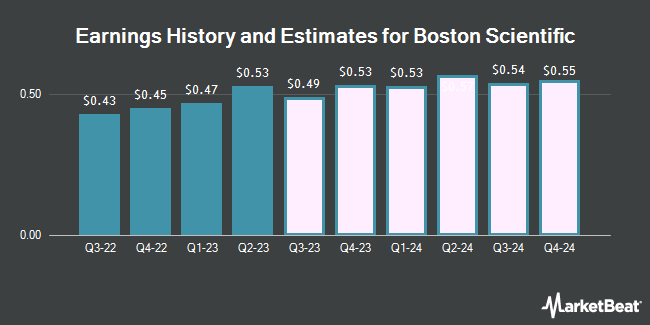