Raymond James reissued their maintains rating on shares of Saia (NASDAQ:SAIA – Get Rating) in a report issued on Thursday, Benzinga reports.

Saia (NASDAQ:SAIA – Get Rating) last released its quarterly earnings data on Wednesday, July 27th. The transportation company reported $4.10 earnings per share (EPS) for the quarter, beating the consensus estimate of $3.48 by $0.62. The company had revenue of $745.55 million during the quarter, compared to analysts’ expectations of $731.26 million. Saia had a net margin of 11.98% and a return on equity of 24.76%. The firm’s quarterly revenue was up 30.5% on a year-over-year basis. During the same period in the previous year, the company earned $2.34 EPS. On average, research analysts forecast that Saia will post 12.83 earnings per share for the current year.

Institutional Investors Weigh In On Saia 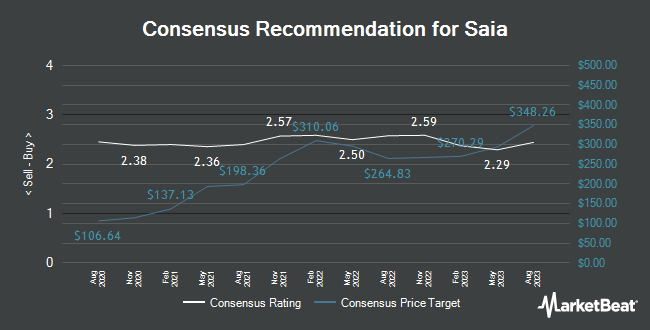