Alaska Air Group, Inc. (NYSE:ALK – Get Rating) EVP Andrew R. Harrison sold 2,267 shares of Alaska Air Group stock in a transaction dated Friday, July 29th. The stock was sold at an average price of $44.13, for a total value of $100,042.71. Following the transaction, the executive vice president now directly owns 14,152 shares in the company, valued at $624,527.76. The sale was disclosed in a legal filing with the SEC, which is available at the SEC website.

Alaska Air Group (NYSE:ALK – Get Rating) last released its quarterly earnings results on Thursday, July 21st. The transportation company reported $2.19 earnings per share for the quarter, topping the consensus estimate of $1.95 by $0.24. The firm had revenue of $2.66 billion for the quarter, compared to analysts’ expectations of $2.58 billion. Alaska Air Group had a net margin of 2.54% and a return on equity of 8.97%. The business’s quarterly revenue was up 74.1% on a year-over-year basis. During the same quarter in the prior year, the firm posted ($0.30) earnings per share. As a group, analysts expect that Alaska Air Group, Inc. will post 4.38 EPS for the current year.

Alaska Air Group, Inc, through its subsidiaries, provides passenger and cargo air transportation services. The company operates through three segments: Mainline, Regional, and Horizon. It flies to approximately 120 destinations throughout North America. Alaska Air Group, Inc was founded in 1932 and is based in Seattle, Washington. 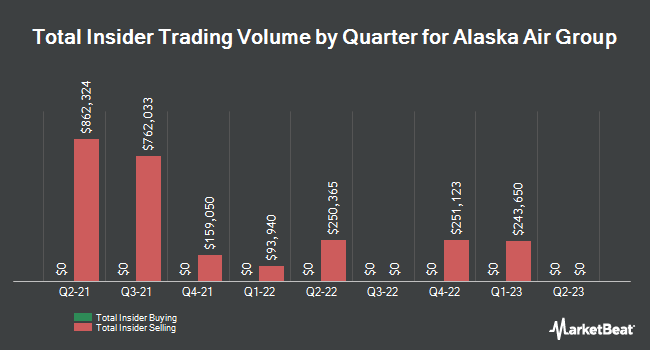 Complete the form below to receive the latest headlines and analysts' recommendations for Alaska Air Group with our free daily email newsletter: