Everbridge (NASDAQ:EVBG – Get Rating) last released its earnings results on Monday, May 9th. The technology company reported ($0.17) earnings per share for the quarter, topping analysts’ consensus estimates of ($0.73) by $0.56. The firm had revenue of $100.38 million during the quarter, compared to the consensus estimate of $98.82 million. Everbridge had a negative return on equity of 9.28% and a negative net margin of 23.82%. The firm’s revenue for the quarter was up 22.1% compared to the same quarter last year. During the same period in the prior year, the firm posted ($0.13) earnings per share. Research analysts predict that Everbridge, Inc. will post -1.55 EPS for the current fiscal year.

In related news, insider Ajay Nigam sold 3,316 shares of the stock in a transaction on Tuesday, May 10th. The stock was sold at an average price of $39.29, for a total value of $130,285.64. Following the completion of the transaction, the insider now owns 15,140 shares in the company, valued at approximately $594,850.60. The transaction was disclosed in a filing with the Securities & Exchange Commission, which is available at the SEC website. 0.44% of the stock is currently owned by company insiders. 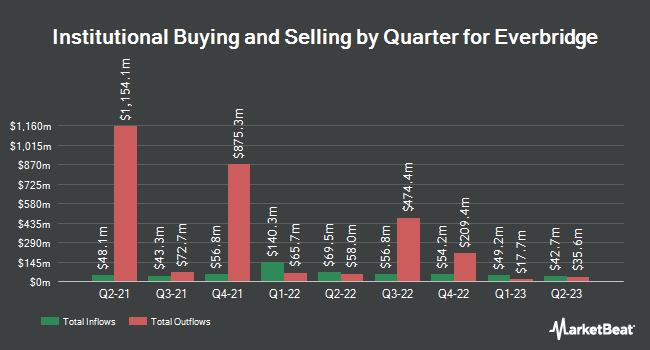