First Solar, Inc. (NASDAQ:FSLR – Get Rating) insider Michael Koralewski sold 1,007 shares of the business’s stock in a transaction dated Friday, July 29th. The stock was sold at an average price of $100.00, for a total transaction of $100,700.00. The sale was disclosed in a filing with the SEC, which is available through this hyperlink.

Want More Great Investing Ideas?
First Solar (NASDAQ:FSLR – Get Rating) last released its quarterly earnings results on Thursday, July 28th. The solar cell manufacturer reported $0.52 earnings per share for the quarter, missing analysts’ consensus estimates of $0.61 by ($0.09). First Solar had a return on equity of 3.21% and a net margin of 7.63%. The company had revenue of $621.00 million during the quarter, compared to analyst estimates of $606.45 million. During the same period last year, the firm earned $0.77 earnings per share. The business’s revenue was down 1.3% compared to the same quarter last year. On average, sell-side analysts predict that First Solar, Inc. will post 0.09 EPS for the current fiscal year. 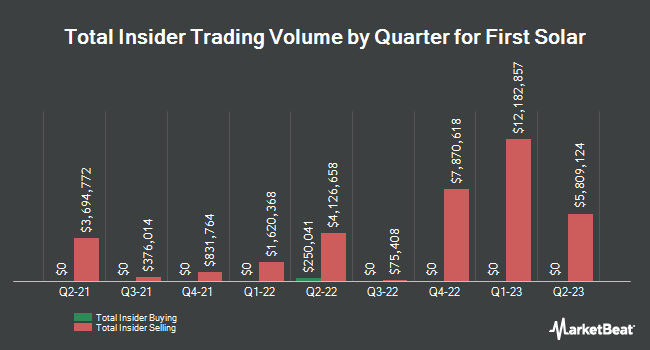