Methanex (TSE:MX – Get Rating) (NASDAQ:MEOH) had its price objective cut by Barclays to C$52.00 in a research note released on Tuesday, Stock Target Advisor reports. They currently have a buy rating on the stock. 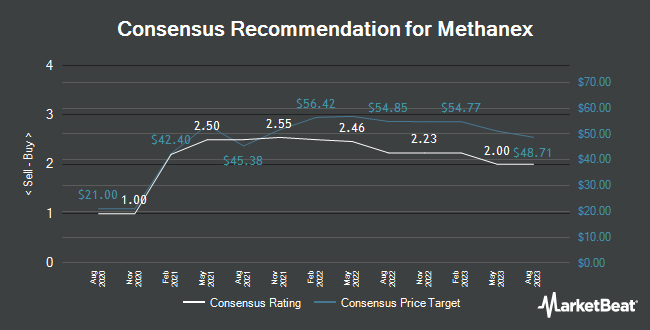