Mutual of America Capital Management LLC boosted its stake in Avanos Medical, Inc. (NYSE:AVNS – Get Rating) by 5.5% in the first quarter, according to its most recent Form 13F filing with the Securities and Exchange Commission. The firm owned 6,944 shares of the company’s stock after purchasing an additional 361 shares during the quarter. Mutual of America Capital Management LLC’s holdings in Avanos Medical were worth $233,000 as of its most recent SEC filing.

A number of research analysts have recently issued reports on the stock. Morgan Stanley reduced their price objective on shares of Avanos Medical from $33.00 to $28.00 and set an “underweight” rating for the company in a report on Friday, July 15th. StockNews.com cut shares of Avanos Medical from a “buy” rating to a “hold” rating in a report on Saturday, April 16th. Finally, Stifel Nicolaus dropped their price target on shares of Avanos Medical from $37.00 to $28.00 in a research report on Monday, July 18th. One investment analyst has rated the stock with a sell rating, two have issued a hold rating and one has issued a buy rating to the company. According to data from MarketBeat, the stock currently has an average rating of “Hold” and a consensus price target of $35.50.

Avanos Medical (NYSE:AVNS – Get Rating) last posted its quarterly earnings results on Wednesday, May 4th. The company reported $0.26 earnings per share (EPS) for the quarter, beating the consensus estimate of $0.24 by $0.02. The company had revenue of $197.40 million for the quarter, compared to analyst estimates of $197.80 million. Avanos Medical had a net margin of 2.44% and a return on equity of 4.49%. The company’s quarterly revenue was up 9.2% compared to the same quarter last year. During the same quarter in the previous year, the firm posted $0.23 earnings per share. Sell-side analysts predict that Avanos Medical, Inc. will post 1.66 earnings per share for the current year. 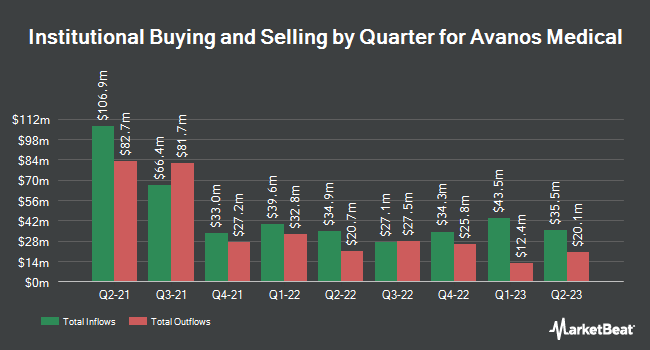 Complete the form below to receive the latest headlines and analysts' recommendations for Avanos Medical with our free daily email newsletter: