Want More Great Investing Ideas?
Paramount Global (NASDAQ:PARA – Get Rating) last released its quarterly earnings data on Tuesday, May 3rd. The company reported $0.60 EPS for the quarter, topping the consensus estimate of $0.47 by $0.13. Paramount Global had a return on equity of 7.90% and a net margin of 14.26%. The company had revenue of $7.33 billion during the quarter, compared to the consensus estimate of $7.39 billion. During the same period last year, the company earned $1.52 EPS. Paramount Global’s revenue for the quarter was down 1.1% on a year-over-year basis. On average, equities analysts predict that Paramount Global will post 2.62 earnings per share for the current fiscal year. 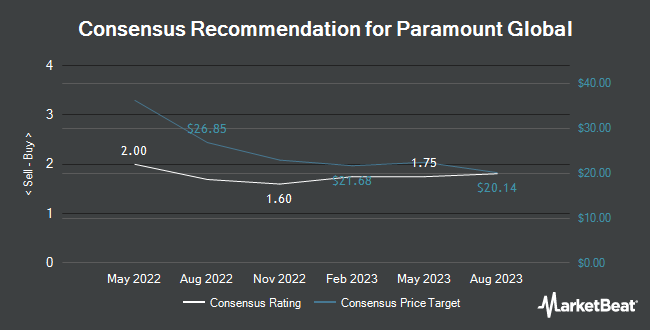