Wolverine Asset Management LLC grew its position in shares of indie Semiconductor, Inc. (NASDAQ:INDI – Get Rating) by 72.5% during the first quarter, according to its most recent disclosure with the Securities & Exchange Commission. The firm owned 9,820 shares of the company’s stock after purchasing an additional 4,127 shares during the period. Wolverine Asset Management LLC’s holdings in indie Semiconductor were worth $76,000 as of its most recent SEC filing.

Want More Great Investing Ideas?
Several equities research analysts have issued reports on INDI shares. B. Riley lowered indie Semiconductor from a “buy” rating to a “neutral” rating and cut their target price for the company from $9.00 to $8.00 in a research report on Wednesday, June 15th. Deutsche Bank Aktiengesellschaft cut their price target on shares of indie Semiconductor from $11.00 to $10.00 in a report on Wednesday, July 20th. Finally, Benchmark began coverage on shares of indie Semiconductor in a report on Friday, May 13th. They set a “buy” rating and a $17.00 price objective for the company.

indie Semiconductor (NASDAQ:INDI – Get Rating) last released its earnings results on Thursday, May 12th. The company reported ($0.11) earnings per share for the quarter, meeting the consensus estimate of ($0.11). indie Semiconductor had a negative net margin of 140.59% and a negative return on equity of 26.48%. The firm had revenue of $22.00 million during the quarter, compared to analyst estimates of $21.57 million. During the same quarter in the previous year, the firm earned ($0.13) earnings per share. The firm’s revenue for the quarter was up 171.6% compared to the same quarter last year. As a group, analysts forecast that indie Semiconductor, Inc. will post -0.54 EPS for the current year. 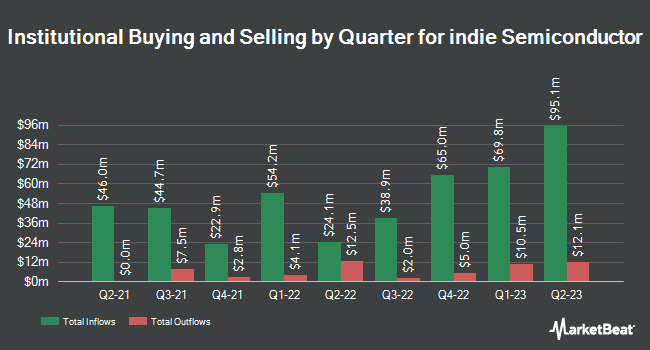 Complete the form below to receive the latest headlines and analysts' recommendations for indie Semiconductor with our free daily email newsletter: