Shares of Norwegian Cruise Line Holdings Ltd. (NYSE:NCLH – Get Rating) have been assigned an average recommendation of “Hold” from the fourteen brokerages that are currently covering the stock, Marketbeat reports. Seven analysts have rated the stock with a hold rating and five have given a buy rating to the company. The average 1-year price target among analysts that have updated their coverage on the stock in the last year is $23.14.

In other news, Director Russell W. Galbut acquired 100,000 shares of the business’s stock in a transaction that occurred on Monday, May 23rd. The stock was acquired at an average cost of $15.12 per share, for a total transaction of $1,512,000.00. Following the completion of the acquisition, the director now owns 489,917 shares in the company, valued at $7,407,545.04. The transaction was disclosed in a filing with the Securities & Exchange Commission, which can be accessed through this link. 0.77% of the stock is owned by corporate insiders.

Norwegian Cruise Line (NYSE:NCLH – Get Rating) last posted its earnings results on Tuesday, May 10th. The company reported ($1.90) EPS for the quarter, missing the consensus estimate of ($1.80) by ($0.10). Norwegian Cruise Line had a negative net margin of 353.02% and a negative return on equity of 116.64%. The business had revenue of $521.90 million during the quarter, compared to analyst estimates of $760.34 million. During the same quarter in the prior year, the business earned ($2.03) earnings per share. The firm’s revenue was up 16735.5% compared to the same quarter last year. Equities research analysts forecast that Norwegian Cruise Line will post -2.41 earnings per share for the current year. 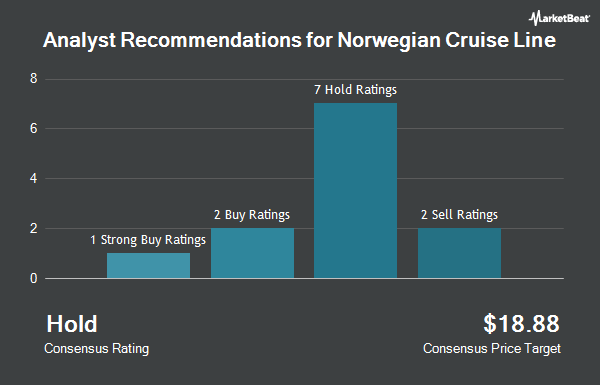