Sientra (NASDAQ:SIEN – Get Rating) will issue its quarterly earnings data after the market closes on Thursday, August 11th. Analysts expect the company to announce earnings of ($0.23) per share for the quarter. Sientra has set its FY 2022 guidance at EPS.Individual that are interested in participating in the company’s earnings conference call can do so using this link.

Sientra (NASDAQ:SIEN – Get Rating) last issued its quarterly earnings results on Thursday, May 12th. The medical instruments supplier reported ($0.29) EPS for the quarter, missing analysts’ consensus estimates of ($0.26) by ($0.03). Sientra had a negative return on equity of 498.54% and a negative net margin of 71.61%. The company had revenue of $21.40 million during the quarter, compared to the consensus estimate of $20.25 million. On average, analysts expect Sientra to post $-1 EPS for the current fiscal year and $-1 EPS for the next fiscal year.

Institutional Investors Weigh In On Sientra 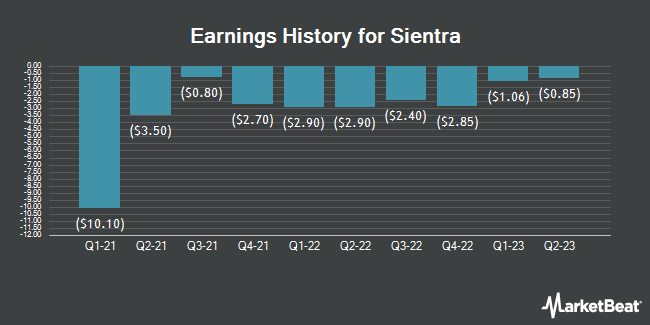 Receive News & Ratings for Sientra Daily - Enter your email address below to receive a concise daily summary of the latest news and analysts' ratings for Sientra and related companies with MarketBeat.com's FREE daily email newsletter.

Complete the form below to receive the latest headlines and analysts' recommendations for Sientra with our free daily email newsletter: