Alteryx (NYSE:AYX – Get Rating) had its target price upped by Morgan Stanley from $73.00 to $79.00 in a report released on Wednesday morning, Marketbeat.com reports. Morgan Stanley currently has an equal weight rating on the stock.

Alteryx (NYSE:AYX – Get Rating) last posted its quarterly earnings data on Tuesday, August 2nd. The company reported ($0.46) earnings per share for the quarter, topping the consensus estimate of ($0.60) by $0.14. Alteryx had a negative return on equity of 65.93% and a negative net margin of 48.42%. During the same period in the previous year, the company earned ($0.49) EPS. As a group, sell-side analysts expect that Alteryx will post -2.55 earnings per share for the current year. 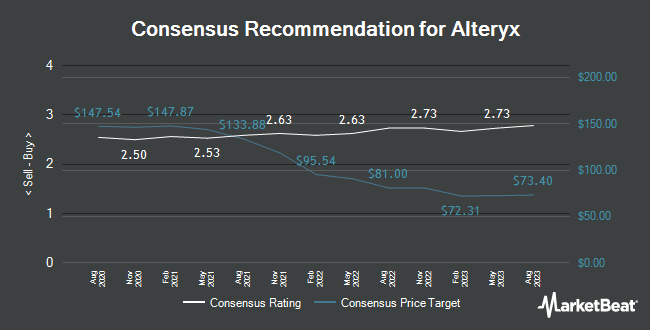