Cannae (NYSE:CNNE – Get Rating) will be releasing its earnings results after the market closes on Monday, August 8th. Analysts expect Cannae to post earnings of ($0.13) per share for the quarter. Persons interested in participating in the company’s earnings conference call can do so using this link.

Cannae (NYSE:CNNE – Get Rating) last announced its quarterly earnings results on Monday, May 9th. The company reported ($2.88) earnings per share for the quarter, missing analysts’ consensus estimates of ($0.20) by ($2.68). The business had revenue of $167.40 million for the quarter, compared to analysts’ expectations of $193.00 million. Cannae had a negative return on equity of 8.92% and a negative net margin of 40.87%. During the same period last year, the company posted ($2.55) earnings per share. On average, analysts expect Cannae to post $-2 EPS for the current fiscal year and $0 EPS for the next fiscal year.

Separately, Oppenheimer decreased their price objective on shares of Cannae from $41.00 to $36.00 in a research report on Tuesday, May 10th.

Insider Buying and Selling at Cannae

Institutional Investors Weigh In On Cannae 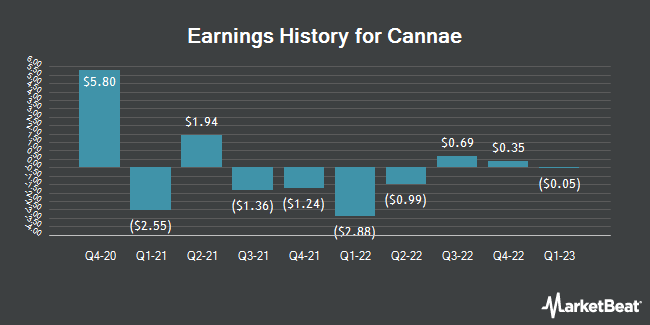