Starbucks (NASDAQ:SBUX – Get Rating) last released its earnings results on Tuesday, August 2nd. The coffee company reported $0.84 EPS for the quarter, topping the consensus estimate of $0.77 by $0.07. Starbucks had a negative return on equity of 47.28% and a net margin of 13.03%. During the same quarter in the previous year, the business posted $1.01 earnings per share.

Hedge Funds Weigh In On Starbucks

Starbucks Corporation, together with its subsidiaries, operates as a roaster, marketer, and retailer of specialty coffee worldwide. The company operates through three segments: North America, International, and Channel Development. Its stores offer coffee and tea beverages, roasted whole beans and ground coffees, single serve products, and ready-to-drink beverages; and various food products, such as pastries, breakfast sandwiches, and lunch items. 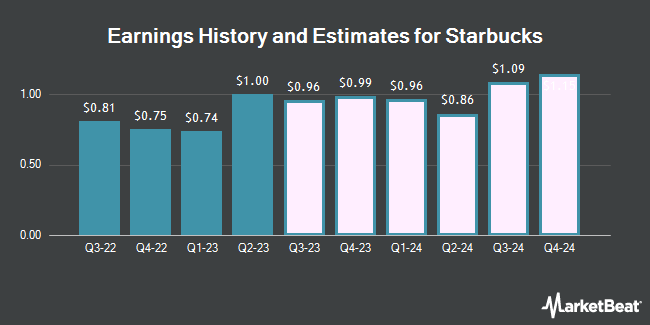 Complete the form below to receive the latest headlines and analysts' recommendations for Starbucks with our free daily email newsletter: