Skillz (NYSE:SKLZ – Get Rating) was downgraded by equities researchers at Citigroup from a “hold” rating to a “reduce” rating in a research report issued to clients and investors on Thursday, The Fly reports.

Skillz (NYSE:SKLZ – Get Rating) last issued its quarterly earnings data on Wednesday, May 4th. The company reported ($0.18) earnings per share for the quarter, meeting analysts’ consensus estimates of ($0.18). Skillz had a negative net margin of 68.02% and a negative return on equity of 42.87%. The business had revenue of $93.44 million for the quarter, compared to analysts’ expectations of $90.87 million. During the same period in the previous year, the business earned ($0.13) earnings per share. The company’s revenue was up 11.7% on a year-over-year basis. As a group, equities analysts anticipate that Skillz will post -0.79 earnings per share for the current year.

Hedge Funds Weigh In On Skillz 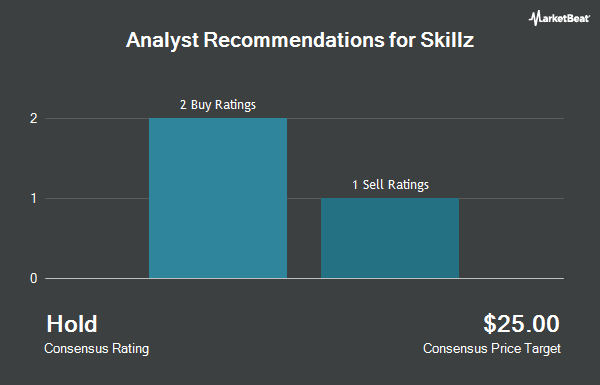 eHealth Price Target Lowered to $16.00 at Royal Bank of Canada

Bilfinger Given a €28.00 Price Target by UBS Group Analysts

GFT Technologies Given a €50.00 Price Target by Warburg Research Analysts