Shares of Starry Group Holdings, Inc. (NYSE:STRY – Get Rating) have earned an average rating of “Hold” from the seven research firms that are presently covering the company, Marketbeat Ratings reports. Four equities research analysts have rated the stock with a hold rating and three have issued a buy rating on the company. The average 1 year target price among brokers that have updated their coverage on the stock in the last year is $9.50.

In other news, major shareholder Tiger Global Management Llc sold 100,000 shares of the stock in a transaction that occurred on Tuesday, June 21st. The stock was sold at an average price of $5.09, for a total value of $509,000.00. Following the completion of the sale, the insider now directly owns 907,970 shares of the company’s stock, valued at $4,621,567.30. The sale was disclosed in a document filed with the SEC, which is accessible through the SEC website. Over the last quarter, insiders sold 293,386 shares of company stock valued at $1,397,133. 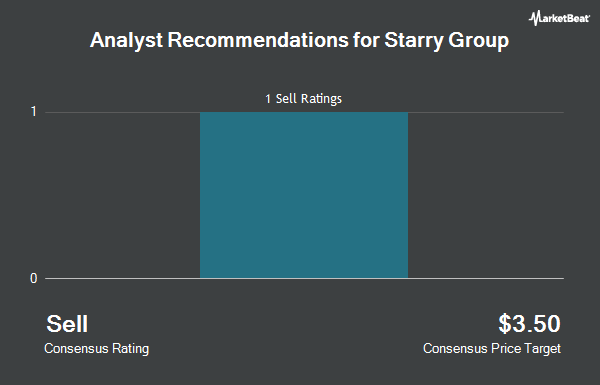 Complete the form below to receive the latest headlines and analysts' recommendations for Starry Group with our free daily email newsletter: