Stephens Inc. AR trimmed its position in shares of Callon Petroleum (NYSE:CPE – Get Rating) by 12.8% in the 1st quarter, Holdings Channel.com reports. The firm owned 4,055 shares of the oil and natural gas company’s stock after selling 596 shares during the period. Stephens Inc. AR’s holdings in Callon Petroleum were worth $240,000 as of its most recent filing with the Securities and Exchange Commission (SEC).

Want to see what other hedge funds are holding CPE? Visit HoldingsChannel.com to get the latest 13F filings and insider trades for Callon Petroleum (NYSE:CPE – Get Rating). 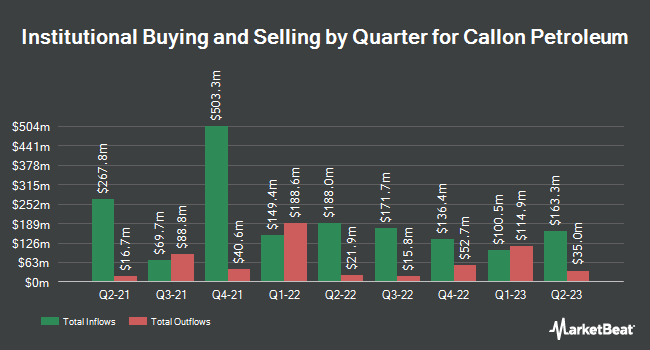