Victory Capital Management Inc. boosted its position in Norwegian Cruise Line Holdings Ltd. (NYSE:NCLH – Get Rating) by 11.4% during the first quarter, HoldingsChannel reports. The fund owned 737,932 shares of the company’s stock after buying an additional 75,693 shares during the quarter. Victory Capital Management Inc.’s holdings in Norwegian Cruise Line were worth $16,113,000 as of its most recent filing with the SEC.

Want More Great Investing Ideas?
In other news, Director Russell W. Galbut purchased 100,000 shares of the company’s stock in a transaction on Monday, May 23rd. The shares were acquired at an average price of $15.12 per share, for a total transaction of $1,512,000.00. Following the purchase, the director now owns 489,917 shares in the company, valued at $7,407,545.04. The acquisition was disclosed in a filing with the SEC, which is available through the SEC website. 0.77% of the stock is owned by company insiders.

Norwegian Cruise Line (NYSE:NCLH – Get Rating) last released its quarterly earnings results on Tuesday, May 10th. The company reported ($1.90) EPS for the quarter, missing the consensus estimate of ($1.80) by ($0.10). The company had revenue of $521.90 million during the quarter, compared to the consensus estimate of $760.34 million. Norwegian Cruise Line had a negative return on equity of 116.64% and a negative net margin of 353.02%. The company’s revenue was up 16735.5% on a year-over-year basis. During the same period in the previous year, the firm posted ($2.03) earnings per share. As a group, sell-side analysts predict that Norwegian Cruise Line Holdings Ltd. will post -2.41 earnings per share for the current year.

Want to see what other hedge funds are holding NCLH? Visit HoldingsChannel.com to get the latest 13F filings and insider trades for Norwegian Cruise Line Holdings Ltd. (NYSE:NCLH – Get Rating). 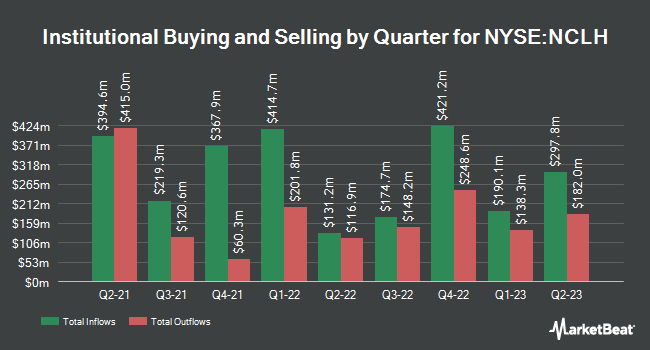