Cineplex (TSE:CGX) Upgraded by Royal Bank of Canada to “Outperform”

Royal Bank of Canada upgraded shares of Cineplex (TSE:CGX – Get Rating) from a sector perform rating to an outperform rating in a report released on Monday, BayStreet.CA reports. They currently have C$14.00 target price on the stock, down from their prior target price of C$15.00.

Cineplex Inc, together with its subsidiaries, operates as an entertainment and media company in Canada and internationally. It operates through four segments: Film Entertainment and Content, Media, Amusement and Leisure, and Location-Based Entertainment. The company engages in theatre exhibition and theatre food service activities. 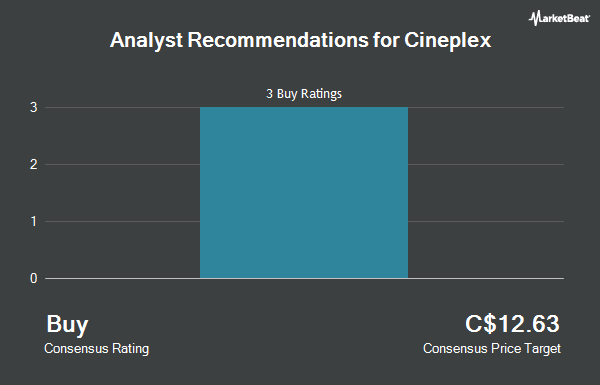 Receive News & Ratings for Cineplex Daily - Enter your email address below to receive a concise daily summary of the latest news and analysts' ratings for Cineplex and related companies with MarketBeat.com's FREE daily email newsletter.

Complete the form below to receive the latest headlines and analysts' recommendations for Cineplex with our free daily email newsletter: