Sanford C. Bernstein upgraded shares of CD Projekt (OTCMKTS:OTGLY – Get Rating) from an underperform rating to a market perform rating in a report released on Tuesday morning, The Fly reports.

Want More Great Investing Ideas?
The company also recently announced a dividend, which was paid on Tuesday, July 26th. Shareholders of record on Monday, July 4th were issued a $0.0347 dividend. The ex-dividend date of this dividend was Friday, July 1st. This represents a yield of 0.66%.

CD Projekt SA, together its subsidiaries, engages in the development, publishing, and digital distribution of videogames for personal computers and video game consoles worldwide. It operates through two segments, CD PROJEKT RED and GOG.com. The company's product portfolio comprises The Witcher; The Witcher 2: Assassins of Kings; The Witcher 3: Wild Hunt; Thronebreaker: The Witcher Tales; Gwent: The Witcher Card game; and Cyberpunk 2077. 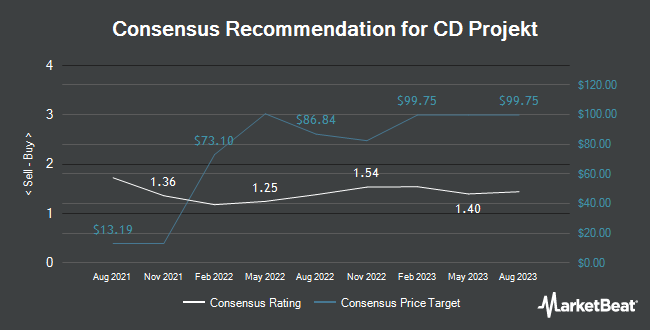 Complete the form below to receive the latest headlines and analysts' recommendations for CD Projekt with our free daily email newsletter: