Separately, Desjardins reiterated a “buy” rating on shares of Empire in a research report on Thursday.

The business also recently announced a quarterly dividend, which will be paid on Monday, October 31st. Stockholders of record on Friday, October 14th will be given a dividend of $0.165 per share. The ex-dividend date of this dividend is Thursday, October 13th. This represents a $0.66 dividend on an annualized basis and a dividend yield of ∞.

Empire Company Limited is engaged in the business of food retailing and related real estate. The Company’s segments include Food Retailing, and Investments and Other Operations. The Food Retailing segment consists of its subsidiary, Sobeys Inc, which owns, affiliates or franchises over 1,500 stores in approximately 10 provinces under retail banners that include Sobeys, Safeway, IGA, Foodland, FreshCo, Thrifty Foods, and Lawton’s Drug Stores, as well as more than 350 retail fuel locations. 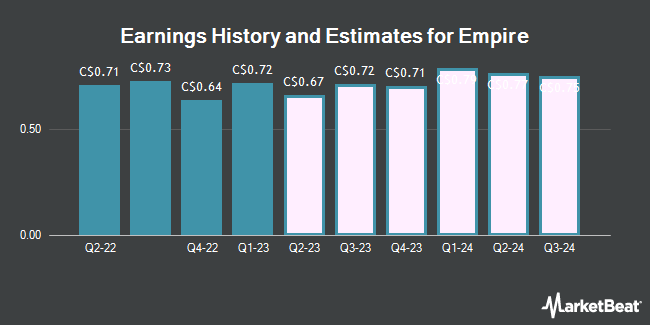