Walleye Capital LLC bought a new position in Weatherford International plc (NASDAQ:WFRD – Get Rating) during the 1st quarter, according to its most recent filing with the Securities & Exchange Commission. The firm bought 33,176 shares of the company’s stock, valued at approximately $1,105,000.

Want to see what other hedge funds are holding WFRD? Visit HoldingsChannel.com to get the latest 13F filings and insider trades for Weatherford International plc (NASDAQ:WFRD – Get Rating). 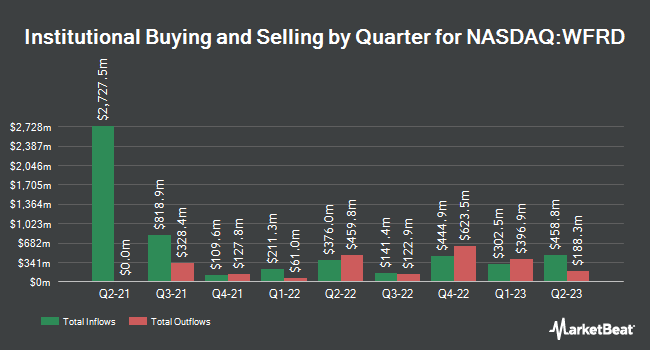 Complete the form below to receive the latest headlines and analysts' recommendations for Weatherford International with our free daily email newsletter: