Noble Financial reissued their market perform rating on shares of Ayala Pharmaceuticals (NASDAQ:AYLA – Get Rating) in a research report released on Tuesday, The Fly reports.

Separately, HC Wainwright decreased their target price on Ayala Pharmaceuticals from $18.00 to $12.00 and set a buy rating for the company in a report on Tuesday, August 16th. One analyst has rated the stock with a hold rating and five have issued a buy rating to the company’s stock. According to data from MarketBeat.com, Ayala Pharmaceuticals currently has an average rating of Moderate Buy and an average target price of $12.60. 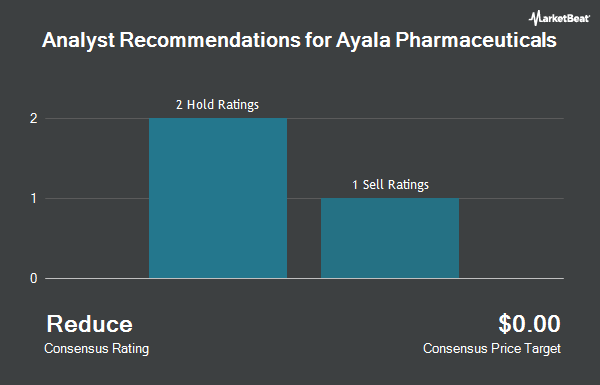 Complete the form below to receive the latest headlines and analysts' recommendations for Ayala Pharmaceuticals with our free daily email newsletter: