Shares of Koninklijke Ahold Delhaize (OTCMKTS:ADRNY – Get Rating) have been given an average rating of “Moderate Buy” by the sixteen analysts that are presently covering the stock, MarketBeat reports. Three research analysts have rated the stock with a hold recommendation and five have assigned a buy recommendation to the company. The average 1 year price target among brokerages that have issued a report on the stock in the last year is $30.74.

The firm also recently announced a dividend, which was paid on Thursday, September 1st. Investors of record on Monday, August 15th were issued a dividend of $0.3784 per share. The ex-dividend date was Friday, August 12th. This represents a dividend yield of 2.93%. Koninklijke Ahold Delhaize’s dividend payout ratio is presently 28.91%. 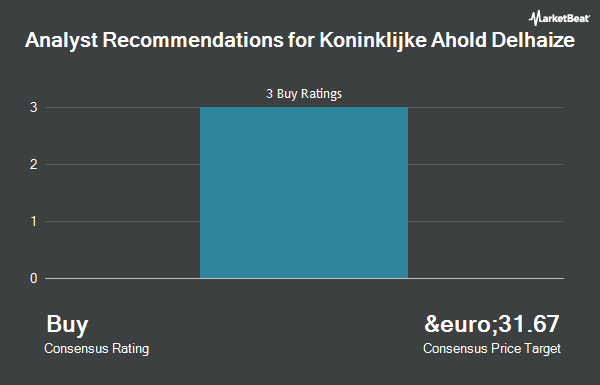