Latch, Inc. (NASDAQ:LTCH) Given Consensus Rating of “Hold” by Analysts

Shares of Latch, Inc. (NASDAQ:LTCH – Get Rating) have been given a consensus recommendation of “Hold” by the nine analysts that are presently covering the stock, Marketbeat.com reports. One equities research analyst has rated the stock with a sell rating, three have assigned a hold rating and three have given a buy rating to the company. The average 1-year price target among brokerages that have covered the stock in the last year is $8.07.

Institutional Investors Weigh In On Latch 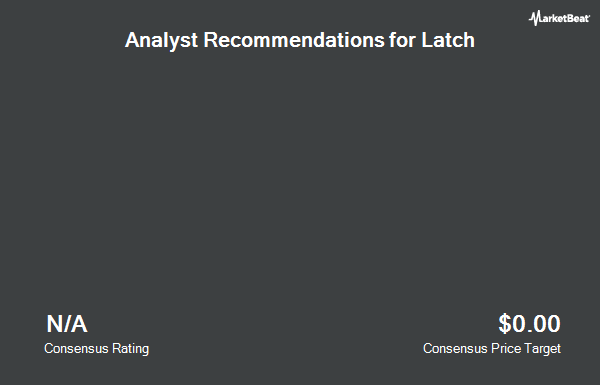