Deutsche Bank Aktiengesellschaft reissued their hold rating on shares of Wizz Air (LON:WIZZ – Get Rating) in a research note published on Tuesday morning, MarketBeat Ratings reports. The firm currently has a GBX 2,350 ($28.40) price target on the stock. 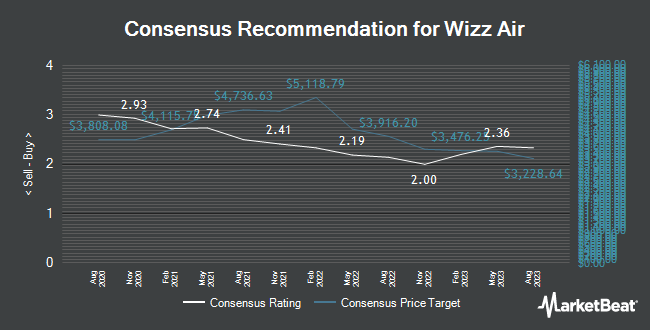