Taylor Wimpey (LON:TW – Get Rating) had its price objective decreased by JPMorgan Chase & Co. from GBX 180 ($2.17) to GBX 170 ($2.05) in a research note released on Wednesday morning, MarketBeat reports. JPMorgan Chase & Co. currently has an overweight rating on the homebuilder’s stock.

Want More Great Investing Ideas?
The business also recently declared a dividend, which will be paid on Friday, November 18th. Shareholders of record on Thursday, October 13th will be given a dividend of GBX 4.62 ($0.06) per share. This represents a dividend yield of 3.85%. This is an increase from Taylor Wimpey’s previous dividend of $4.44. The ex-dividend date is Thursday, October 13th. Taylor Wimpey’s payout ratio is 5,625.00%. 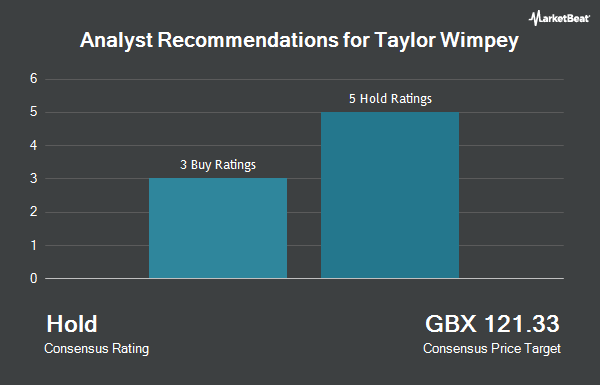 Complete the form below to receive the latest headlines and analysts' recommendations for Taylor Wimpey with our free daily email newsletter: