Want More Great Investing Ideas?
argenx (NASDAQ:ARGX – Get Rating) last issued its earnings results on Thursday, July 28th. The company reported ($3.81) EPS for the quarter, topping the consensus estimate of ($4.76) by $0.95. argenx had a negative return on equity of 49.45% and a negative net margin of 538.17%. The business had revenue of $85.18 million during the quarter, compared to the consensus estimate of $40.05 million. Equities analysts predict that argenx will post -15.52 EPS for the current year.

Hedge Funds Weigh In On argenx 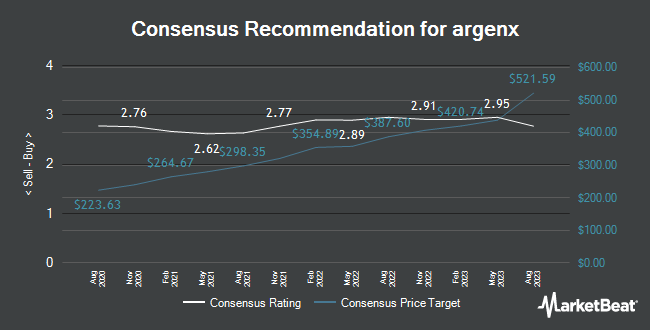