IAMGOLD Co. (NYSE:IAG) Given Consensus Rating of “Reduce” by Analysts

IAMGOLD Co. (NYSE:IAG – Get Rating) (TSE:IMG) has received an average rating of “Reduce” from the eleven research firms that are covering the firm, MarketBeat Ratings reports. Seven equities research analysts have rated the stock with a sell rating and two have given a hold rating to the company. The average twelve-month price target among brokerages that have issued a report on the stock in the last year is $2.86. 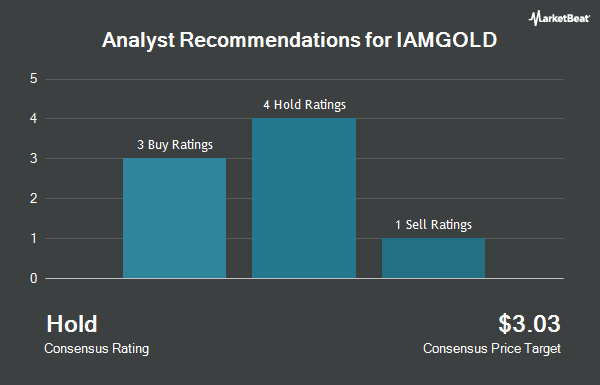