The firm also recently announced a dividend, which was paid on Monday, September 12th. Stockholders of record on Thursday, August 4th were given a dividend of GBX 0.80 ($0.01) per share. The ex-dividend date was Thursday, August 4th. This represents a dividend yield of 1.84%. Lloyds Banking Group’s dividend payout ratio (DPR) is 3,333.33%. 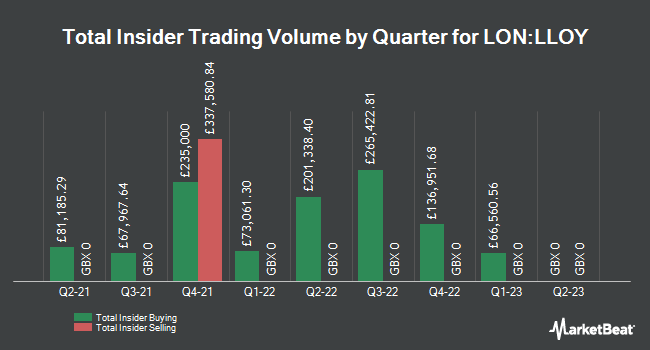