ONE Gas (NYSE:OGS – Get Rating) had its price target trimmed by Morgan Stanley from $89.00 to $87.00 in a research report report published on Thursday, Stock Target Advisor reports. The firm currently has an equal weight rating on the utilities provider’s stock.

Want More Great Investing Ideas?
ONE Gas (NYSE:OGS – Get Rating) last announced its earnings results on Monday, August 1st. The utilities provider reported $0.59 EPS for the quarter, missing the consensus estimate of $0.62 by ($0.03). ONE Gas had a net margin of 9.34% and a return on equity of 8.85%. The business had revenue of $428.98 million for the quarter, compared to the consensus estimate of $328.48 million. During the same quarter in the previous year, the company earned $0.56 EPS. The firm’s revenue for the quarter was up 35.9% on a year-over-year basis. Equities research analysts anticipate that ONE Gas will post 4.07 EPS for the current year.

The business also recently disclosed a quarterly dividend, which was paid on Thursday, September 1st. Stockholders of record on Monday, August 15th were paid a $0.62 dividend. This represents a $2.48 annualized dividend and a dividend yield of 3.11%. The ex-dividend date of this dividend was Friday, August 12th. ONE Gas’s dividend payout ratio (DPR) is presently 63.27%.

Institutional Trading of ONE Gas 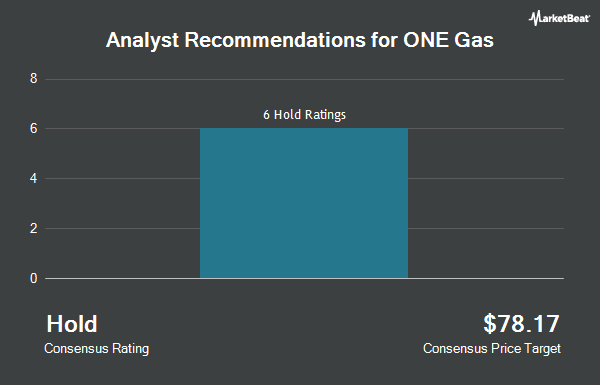