Pinnacle West Capital (NYSE:PNW – Get Rating) had its price target lowered by Morgan Stanley from $77.00 to $76.00 in a report released on Thursday, Stock Target Advisor reports. The brokerage currently has an equal weight rating on the utilities provider’s stock.

In other Pinnacle West Capital news, Director Kathryn L. Munro sold 2,468 shares of the firm’s stock in a transaction that occurred on Friday, September 9th. The shares were sold at an average price of $76.99, for a total value of $190,011.32. Following the completion of the sale, the director now directly owns 16,180 shares in the company, valued at $1,245,698.20. The sale was disclosed in a legal filing with the SEC, which is available through this hyperlink. 0.31% of the stock is owned by insiders. 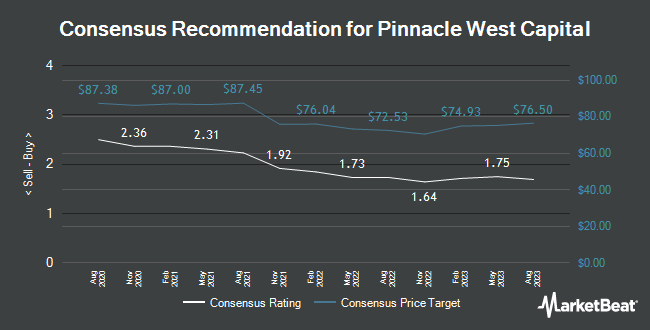